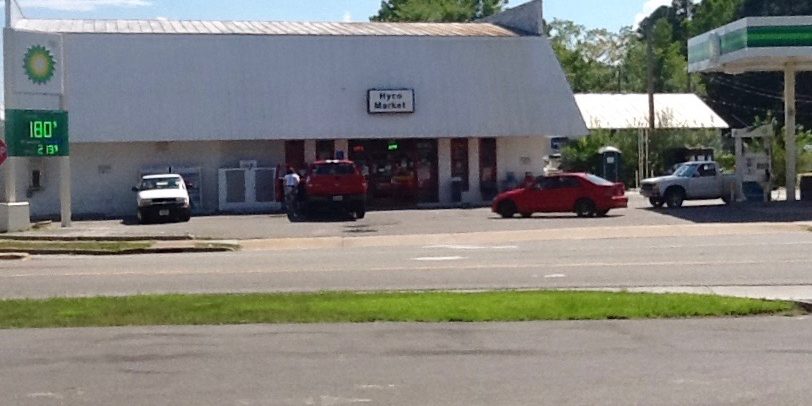 Turning the tables on VDOT

MATHEWS COUNTY, VA. — It took five years, but a family-owned convenience store in the heart of Mathews County borrowed a page from VDOT’s condemnation playbook to save its business.

By not giving up, Hyco Market owner Brian Lewis and his family drove up the cost of the drainage project so high that VDOT decided it was no longer worth it.

Normally, it is the government that procrastinates, hiking the legal expenses for property owners until they throw in the towel. Lewis and his Waldo & Lyle attorney, Stephen Clarke, gave VDOT some of its own medicine.

Lewis insisted from the beginning in 2015 that it made no sense for VDOT to cut a wide swath through the middle of the Hyco Market parking lot, next to the gas pump to replace underground stormwater drainage pipes.

Whether it made sense of not, a Mathews County Circuit judge — after an expensive four-day jury trial — decided in 2016 VDOT had the authority to take what it wanted from Lewis and the family.

But Clarke persuaded the court to hold off on telling VDOT how much it owed the Lewis family for damages. Clarke said he needed to get a better handle on whether the loss of business during construction would kill Hyco Market. The amount that VDOT owed Lewis climbed so high that VDOT decided the costs outweighed any benefits. So, in 2018, VDOT told the judge it wanted to give the property back to the family. But there was a hitch: VDOT said it should not have to pay Lewis for the tens of thousands of dollars it cost him to fight back.

So, they went back to court in 2019 and the judge ordered VDOT to pay Lewis for all of his expenses, plus interest, totaling $150,000. To that must be added the several hundred thousand dollars VDOT spent fighting Lewis, coming up empty-handed.

The case came to an official close this winter.

“If VDOT had listened five years ago,” Clarke said, “an expensive boondoggle could have been avoided.”

Is there no recourse against Suffolk, HRSD?
September 25, 2020