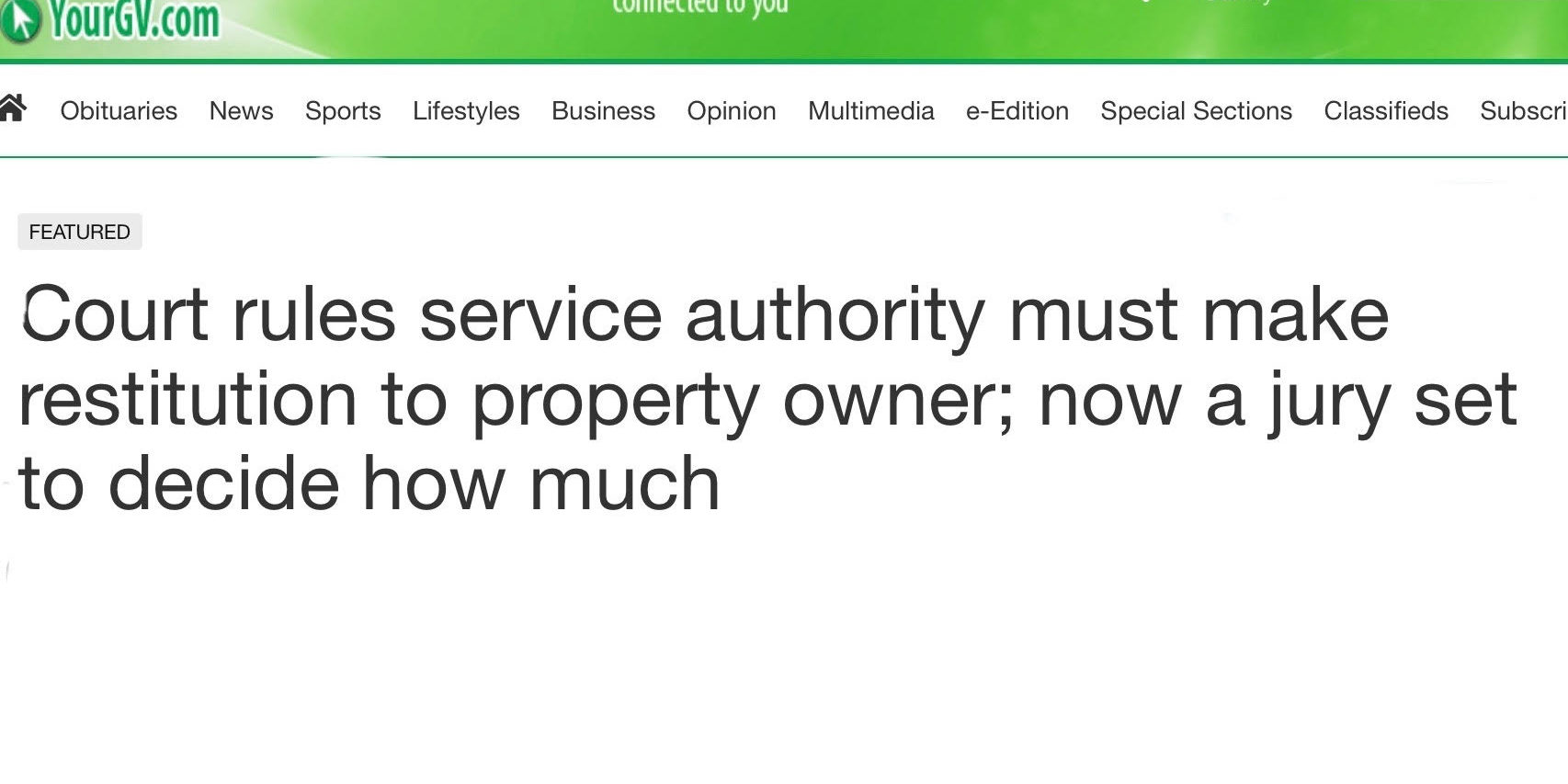 Salley complained repeatedly to the Halifax County Service Authority about its malfunctioning sewer line running across his property.

The Authority sent out a crew to spread lime to decontaminate the land. But the line was too small to hold the sewage flowing out of South Boston. As a result, the sewage — with all of its gross contents — continued to gush forth from the four or five manholes on the Salley property.

The authority paid for the lime but refused to acknowledge how badly the value of the Salley land had been diminished and how the overflows had restricted the family’s use and enjoyment of the land for hunting and outdoor activities.

Three years ago, Salley retained Waldo & Lyle attorney Brian Kunze to fight back. It has taken three years but Kunze has succeeded in getting the court in Halifax County to set things right and to remind the Service Authority of its obligations under the Constitution to Salley.

The court has ruled that not only had the Authority damaged Salley’s property but also must pay him for depriving him of his property rights. As part of the ruling, the court ordered the Authority to pay all of the expenses — now topping $75,000 — he has and will incur to stick up for his rights.

The only issue left now is how much it will take to make Salley whole. That will be resolved in a trial set for January, 2020.

The case was covered in this story in The Gazette-Virginian of South Boston: