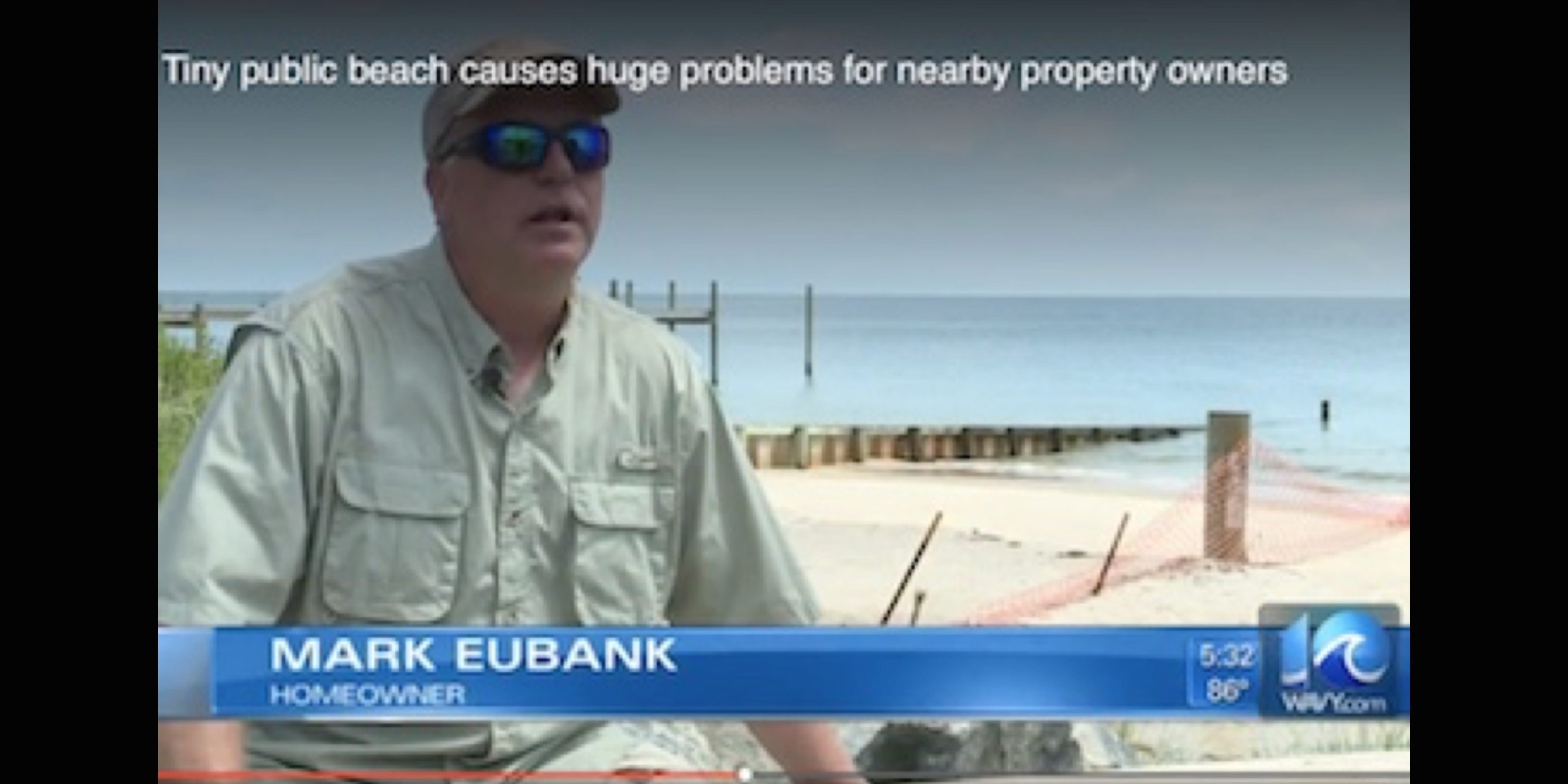 A Mathews County judge has ordered VDOT to keep its promise to end a “nightmare” parking problem it created for a property owner. WAVY-10 originally reported on the dispute and covered its conclusion.

What good is the word of the Commonwealth of Virginia? Not very good at all, a Mathews County beach owner has discovered after thinking his property dispute had been settled.

Now, Mark Eubank has to persuade a Mathews County Court to force the Virginia Department of Transportation to do what it pledged to do to stop a trespassing “nightmare” on his private beach on the Chesapeake Bay at isolated Gwynn’s Island on the Middle Peninsula.

Eubank tried on his own without success to solve the problem before turning to Waldo & Lyle attorney Stephen Clark.

The story was recently covered in this report by Wavy investigative reporter Chris Horn.