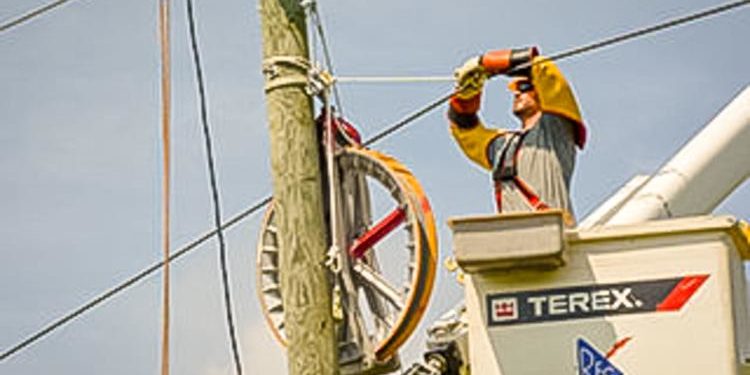 CULPEPPER — This winter, it was hard to find anyone in the General Assembly against the idea of making the balky internet in rural communities run as fast as it does in Virginia’s cities.  Now a Rappahannock couple is aiming to call attention to the General Assembly’s unconstitutional action and to hold accountable those who wrote and lobbied for this law.

Only eight of 140 lawmakers voted against a law making it easier and cheaper for internet companies to place their fiber optic cables onto private property. But there is a defect with the manner in which the General Assembly has pursued its goal.  The new law wipes away the obligation of profit-making companies to negotiate with the property owners to use their land.

In their haste to deliver better internet service, lawmakers gave short shrift to the problems and penalties confronting the people whose property the for-profit companies will now invade. Now, a Culpeper couple, John and Cynthia Grano, are fighting back with a federal lawsuit.

They believe that high speed internet — as demonstrated during the pandemic quarantines — is vital to the quality of life and prosperity of rural families, businesses and communities and support the expansion of this vital service into all corners of Virginia. But they also believe that the expansion of this commercial enterprise must occur within the constitutional parameters that protect private property rights and the rule of law that undergirds our free society.

In early 2020, Rappahannock Electric Cooperative (REC) offered to pay the Granos to put fiber optic into their electricity easement. The Granos turned the offer down.  That should have been the end of the story.  Instead, REC told the Granos that the cooperative could do what it wanted even without the Granos’ permission and that its overtures had been nothing more than a friendly, but unnecessary gesture.

At first blush it may seem that the Granos are frustrated that they’ve been cut out of the economic aspect of this scenario, but that is not the point of their suit. They are not asking for money. The Granos have asked a federal judge —with the help of Waldo & Lyle’s attorneys— to make the General Assembly repeal or remedy the law to get it in sync with the U.S. Constitution. The couple argues that the new law is unconstitutional, and by acting in compliance with it, REC is violating their rights as found in the Fifth and Fourteenth Amendments, and the Contracts Clause of the federal constitution.

“It’s a popular law, even a well-intentioned law,” lead attorney Joshua Baker said. “Here’s the problem: Lawmakers failed the citizens when they chose to give profit-making companies a shortcut past the civil rights of millions of Virginians.”

Although it was promoted as a “rural broadband” bill in the General Assembly, it applies the same way in the densest parts of Arlington, Henrico and Virginia Beach as it does in sparsely populated towns and counties.  Whats more, there is no requirement that an inch of new fiber optic is laid in “rural” Virginia.

The law allows the Rappahannock cooperative, and any similar utility, to make a deal with a profit-making internet company. It would then put fiber optic in the easement and sell the service. Baker calls it a “boondoggle” in which everyone wins but the property owner and the constitution.

“The Granos are not asking to be paid for these rights,” Baker said. “They are asking that the General Assembly be forced to follow the constitution, which they specifically refused to do by passing this law.  The Constitution is the safeguard of our fundamental rights and principles. When the General Assembly turns its back on that document all of our civil rights are endangered.  Today it is private property ownership, tomorrow it will be another civil right.  We would never allow a similar shortcut of our rights to free speech or freedom of religion to promote a different policy goal.”

The case will be heard in  Western District of Virginia’s federal court.

The case has been covered in the Rappahannock News: